Recently we jump into a challenge to explore a specific application of computer vision: how can we estimate a top-view position of a ship from a given video from a fixed perspective camera? After some work we found our way, reaching what seems to be a quite reasonable result.

The following video is a simulation of our real-time processing running through a 60x speed video. On the left, we have the perspective view while on the right, the estimated top-view. The green rectangle is the tracked ship, the blue dot is the estimated position along its coordinates (relative to the perspective camera) in red:

To better explain whats going on here, we will breafily explain our pipeline for this solution: 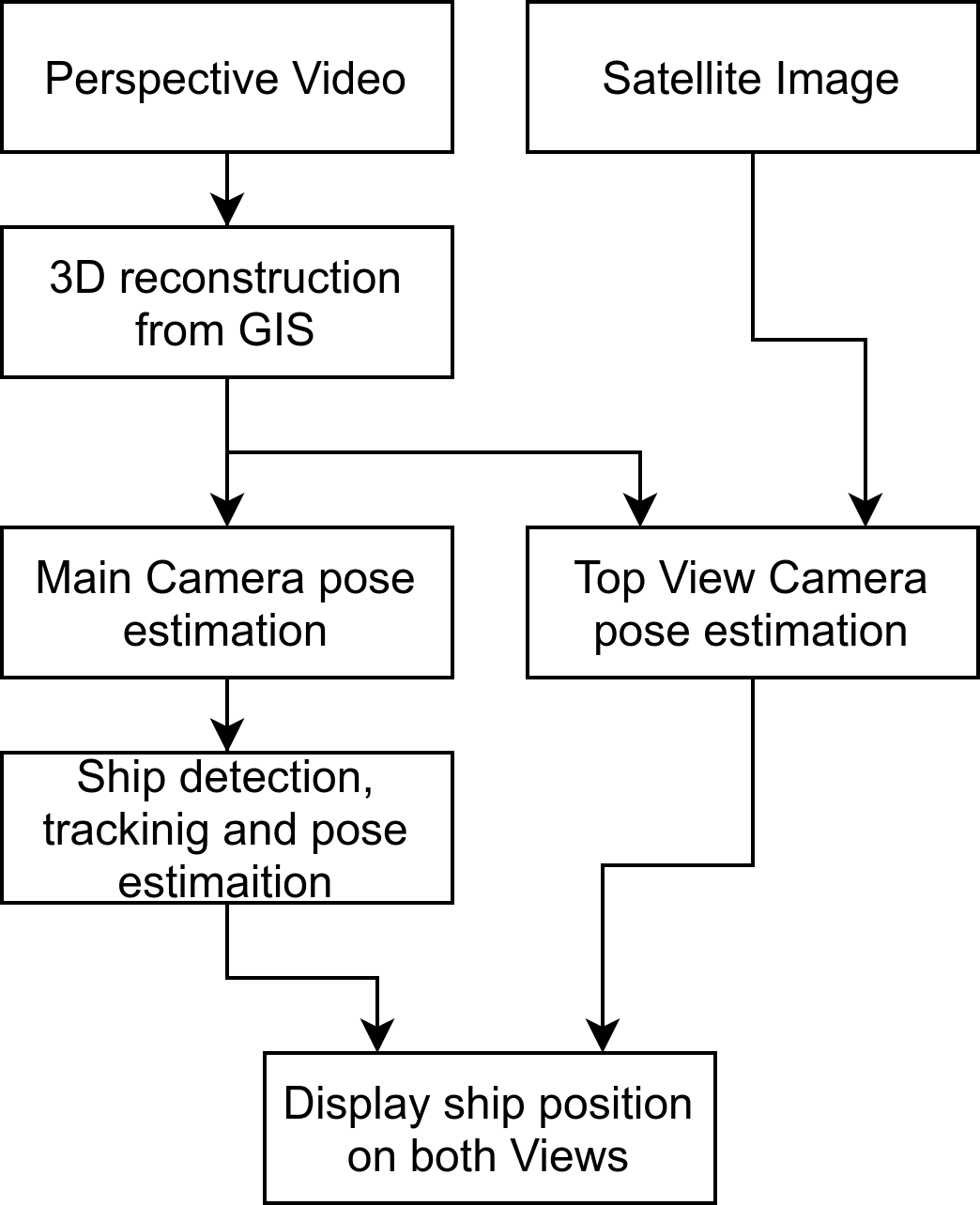 First of all, we wouldn’t be calling it a challenge if the footage wasn’t nearly real footage. For sure the chosen footage needs to have great image quality, but its way more fun if there are no available information about the camera, the lenses, or its location, so all that needed to be estimated. For this application, we are using a small section from a Live video of the YouTube channel BroadwaveLiveCams.

But.. How can one estimate the camera pose with no prior information? It’s a bit tricky, but it is actually not that hard:

Ok, we have our scene on Blender, but we want to be able to process it with OpenCV!

OpenCV and Blender use different 3D orientation schemes, then you need to transform from one to another.

Blender has a very good Python API, so we wrote a script to deal with that and export our data to a text file.

On our Python scripts inside Blender we:

On our Python scripts outside Blender we:

The result can be seen in the following image. In red, the original points, in cyan, the reprojected points. The mean error was 0.54 px.

Fine, now we have the camera poses and a system that can project points from one to another, but…

How to estimate the ship coordinates?

With almost the same technique that we used to transform points from one perspective to another, we can find a homography matrix to project a pixel of a camera to the 3D water plane! See below:

In this post, we saw how a specific problem in the computer vision field can be implemented, needing some analytical insights, and some manual steps along with the programming job of building an application.

As expected, real cases of computer vision are always challenging and sometimes require more than knowledge of the powerful OpenCV.